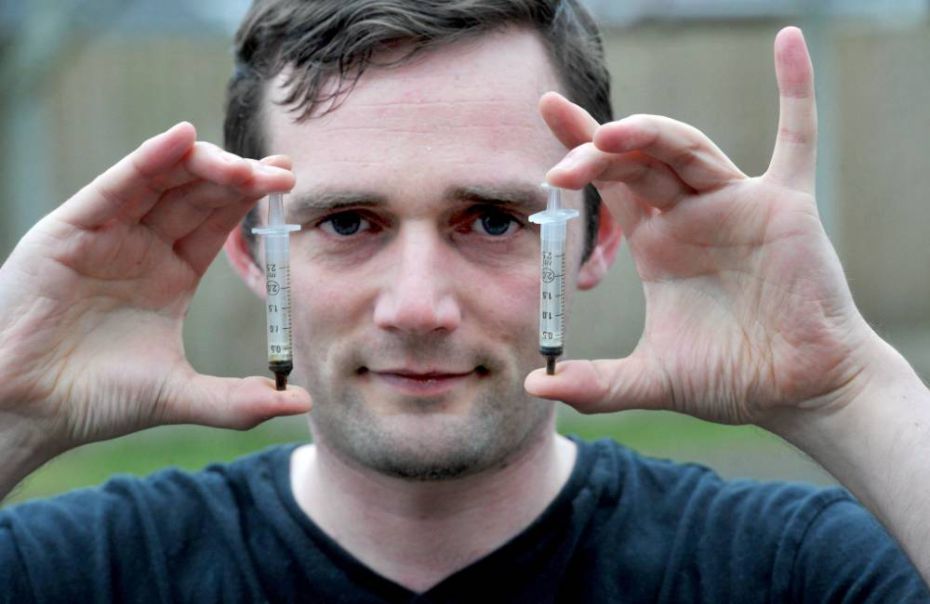 David Hibbitt at home in Silverdale, Staffs. A cancer patient who was told he only had 18 months to live has been given the all clear after claiming he was cured by taking — CANNABIS OIL. See NTI story NTICURE. David Hibbitt, 33, has spent the last two-and-a-half years battling bowel cancer after being diagnosed with the disease in July 2012. The former warehouse worker had various forms of treatment, but last year decided to stop having chemotherapy and take cannabis oil instead, in the hope it would save his life. Now the father-of-one, says he has been cancer-free since his last scan in January and is looking forward to the future.